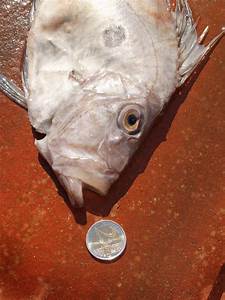 The past six months have been transformational for me. I have served in many different capacities within the church over the years, but none has been as fulfilling as being a small group leader for a group of ninth grade boys. It has been wonderful watching these young men tease and encourage one another, and grow in their faith. Our group meetings are filled with junk food and laughter and you never know where the conversation is going to go! We try to stay on topic, but I’ve started to learn that this time is more about loving and listening to the boys than trying to get through a than a well-planned out agenda.

Last week during group, we laughed so hard that I almost peed my pant and I couldn’t catch my breath! These boys can be so goofy one minute, and then change course on a dime, and say something so honest and true that it will stop you in your tracks. It is truly an adventure spending time with these young men each week. I am very blessed to lead these boys with another leader who is 20 years younger than me. The boys relate to Kyle more than me, and I’m more than OK with this. We make a great team and I’m just fine being the “old man” of the group.

As I was praying for the boys and reflecting on our group this past week, I realized that our group is a lot like Jesus and His disciples. Biblical scholars believe that the disciples were teenagers because during the time of Christ a Rabbi took on students when they turned 30 years old. The students that they took on were usually 15 years old. One of the biggest hints in the Bible that the disciples were under 20 years old is the fact that Jesus and Peter were the only ones who had to pay taxes. Exodus 30:14-15 tells us that that, “all who cross over, those twenty years old or more, are to give an offering to the Lord. The rich are not to give more than a half shekel and the poor are not to give less when you make the offering to the Lord to atone for your lives.”

“After Jesus and his disciples arrived in Capernaum, the collectors of the two-drachma temple tax came to Peter and asked, “Doesn’t your teacher pay the temple tax?”

When Peter came into the house, Jesus was the first to speak. “What do you think, Simon?” he asked. “From whom do the kings of the earth collect duty and taxes—from their own children or from others?”

“From others,” Peter answered.

“Then the children are exempt,” Jesus said to him. “But so that we may not cause offense, go to the lake and throw out your line. Take the first fish you catch; open its mouth and you will find a four-drachma coin. Take it and give it to them for my tax and yours.”

These verses tell us a few things. The first is that Jesus paid taxes even though He technically didn’t have to. As I said previously, only Peter and Jesus had to pay the Capernaum tax. These verses also tell us that the disciples were poor and didn’t have enough money to pay the tax so Jesus picked a miraculous way to take advantage of Peter’s fishing skills. I mean, what are the chances that Jesus could predict that Peter would catch a fish with a coin in it’s mouth that would be worth the exact amount of taxes for two men over 20 years old if it were not a miracle? Finally, these verses are yet another indicator that Jesus had an amazing sense of humor. I bet Jesus and His disciples laughed their heads off when Peter pulled in a fish with money in it’s mouth. I can just imagine Jesus laughing at Peter with the fish and saying, “I told you so!”

So basically there were two “adult” men hanging out and doing life with a bunch of hormone-driven teenagers. You may be saying to yourself, ya so what? You wouldn’t say that if you knew what it is like trying to lead a bunch of teenage boys haha. It blows my mind that the Creator of the Universe chose a group of teenagers, and one other adult leader, to change the world. He could have picked anyone, and yet he picked a group of Rabbi dropouts, that had not made the Rabbi “cut.” Jesus chose common fisherman and tax collectors to pour His life and teaching into. That is risky! Of course, Jesus knew exactly what He was doing. He knew that when these squirrely young men realized who He really was, they would mature and appreciate what He had done for them and carry on the ministry that He came to earth to start. Jesus said that after He was crucified and rose from the dead, the Holy Spirit would fill these young men and they would do even greater things than Him because Jesus would be cheering them on in Heaven with His Father. (John 14:12)

So if you were Jesus, and you could pick anyone that you wanted to train up to change the world, who would you pick? Would you spend your time with the educated and powerful or the poor and forgotten? Would you pick followers who made the cut or would you pick followers that didn’t? It is tough to find Christians who want to serve in youth ministry. I get it because it is not for everyone, but I would say that if the reason that you are not serving in youth ministry is because you don’t think that it is “important” work I’d ask you to consider the life of Jesus. Jesus was the original youth leader. I think that He did a pretty darn good job at it, don’t you?

3 thoughts on “The Youth Leader (by Len Winneroski)”