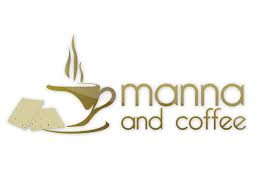 “No one who puts a hand to the plow and looks back is fit for service in the kingdom of God.” Luke 9:62

This week I have been immersed in a wonderful book by Ann Spangler and Lois Tverberg entitled Sitting at the Feet of Rabbi Jesus.(1) I have been interested for some time in the Jewish roots of our Christian faith, and this book is a must read if you have a similar interest.

When you love somebody don’t you want to know everything about them? When I was falling in love with my wife I wanted to know everything about her family, her past, her interests, her dreams and even her faults (which are minimal of course). In a similiar way, if we are in love with a Jewish Rabbi named Yeshua (Jesus) shouldn’t it be a natural thing to want to know more about His interests, His dreams and His cultural and historical roots? It is amazing how the Scriptures become clearer when you learn more about the Jewish culture from which Jesus came from and in which He taught.

For instance, when Jesus said that “no one who puts a hand to the plow and looks back is fit for service in the kingdom of God” in Luke 9:62 did you know that Jesus was probably thinking about 1Kings chapter 19 when the prophet Elijah called Elisha son of Shaphat to follow him? Notice what Elisha said and what he did when Elijah put his cloak around him. There are amazing parallels between Jesus’ words in Luke 9:57-62 and the story of the calling of Elisha described in 1 Kings 19:19-21.(1)

“So Elijah went from there and found Elisha son of Shaphat. He was plowing with twelve yoke of oxen, and he himself was driving the twelfth pair. Elijah went up to him and threw his cloak around him. Elisha then left his oxen and ran after Elijah. “Let me kiss my father and mother goodbye,” he said, “and then I will come with you.” “Go back,” Elijah replied. “What have I done to you?” So Elisha left him and went back. He took his yoke of oxen and slaughtered them. He burned the plowing equipment to cook the meat and gave it to the people, and they ate. Then he set out to follow Elijah and became his servant.” 1 Kings 19:19-21

Elisha realized what Elijah did for him and he demonstrated his commitment to God by; 1) smashing and starting a fire with his plow, 2) sacrificing all of his oxen, and 3) celebrating God’s calling on his life by inviting all his friends to huge neighborhood barbecue.  There was no turning back for Elisha… He burned up his plow and oxen as an offering to God because he knew that he didn’t need them anymore.  God had called him to become a servant to Elijah and an eventual prophet to Israel.

Is my faith in God strong enough to trade my self-reliance for dependence on God? Would I be willing to put myself into a position where there was no turning back if I was confident that God was calling me to exclusive service to Him?

Dear Yeshua thank you for your daily provision, your immeasurable love and your incredible mercy. I am not worthy of your notice but I am trusting in your promises that you gave us in your Holy Word. Please give me the courage and faith to hold onto the things of this world loosely so that I will always be ready to follow you when you call.

One thought on “No Turning Back (by Len Winneroski)”

Follow Manna and Coffee on WordPress.com
Join 346 other subscribers